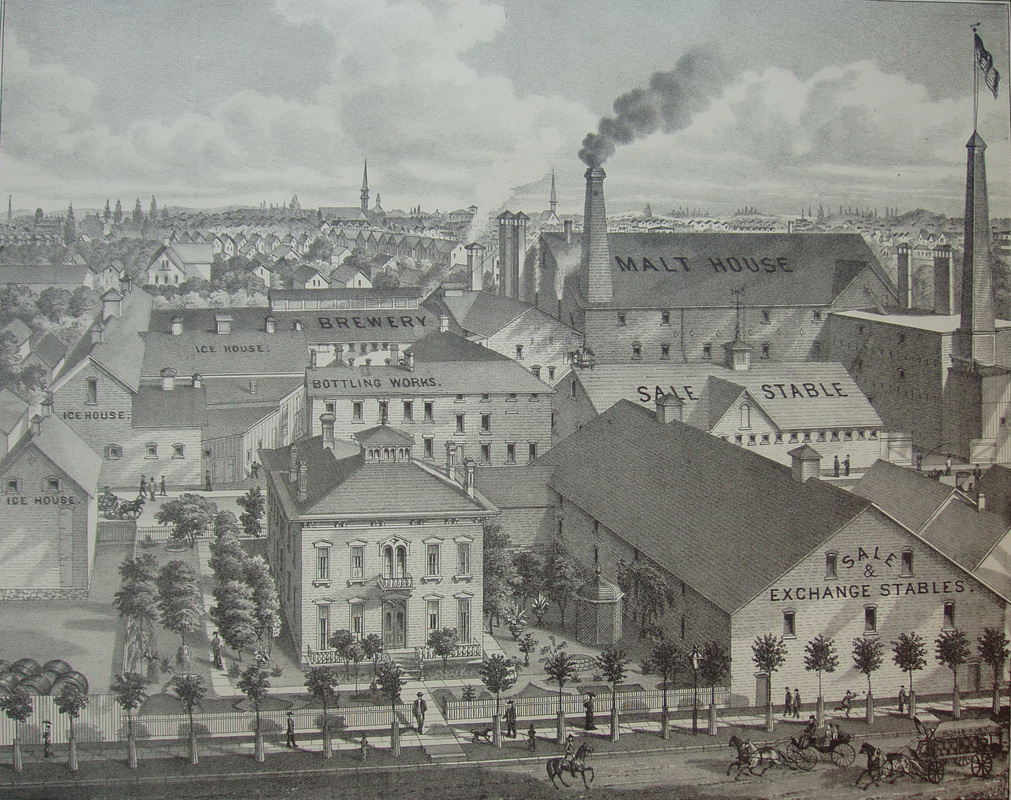 Way Back at the Beginning

Buffalo’s beer history is a long and exciting story that goes all the way back to 1805. Over two centuries ago, William Hodge opened Cold Spring Tavern, Buffalo’s first establishment specifically for drinking. In 1811, Joseph Webb opened Buffalo’s first brewery-tavern in Black Rock, but it burned down during the war of 1812.

Brewing in Buffalo took a major leap when the Erie Canal opened in 1825. The opening brought thousands of people to Buffalo and transformed the city into a major shipping center. By 1831, over 173,000 bushels of wheat arrived in Buffalo and almost all of it was to be used for brewing.

In 1893, Buffalo had 2,152 saloons, 150 hotels, 129 stores, and 97 boarding houses where beer was sold. Compared to the beer scene now, that’s nothing but take a second and think about how HUGE that was in the 19th century! Nowhere in the US could compete with Buffalo’s beer scene at this time.

In 1900, The U.S. Brewmasters Association held its 12th annual convention in Buffalo, bringing brewers from all over the country to Buffalo to discuss, share, and learn more about brewing. By 1908 Buffalo brewers produced over 31 million gallons of beer and most, if not all, was consumed locally.

Not to be dramatic but bless the people in the United States from 1920-1933! During that time, a nationwide law was passed making it illegal to produce, import, transport, and sell alcohol. Prohibition was a dark time for Buffalo as a whole and set brewers up for a long and difficult road for many decades to follow.

On the eve of prohibition, there were 29 breweries in Buffalo. Prohibition intended to lower crime rates and make the U.S. a safer place to live..it did the exact opposite. There were numerous protests and brawls in the streets of Buffalo (and other cities all over the country) over the years that booze were banned.

Buffalo had always been a drinking town and no one was ready for that to change.

In 1922, there were still about 8,000 places in Buffalo to purchase alcohol. Bootleggers and speakeasies, with a lot of help from the Canadian border being in Buffalo’s backyard, may have kept Buffalo from burning down during prohibition

In 1935, there were 750 breweries operating in the United States, including both local and national. But, with the high taxes and local brewers still recovering from the hits of prohibition they could not keep up with national brewers who were now releasing nationwide ads and producing mass quantities, were pulling consumers away from local brews. New York was hit harder than most states in the labor disputes of the 1930’s and 40’s and by 1949, Wisconsin passed NYS in beer production.

Local brewing may have been on a steady downfall throughout the country but that didn’t stop Buffalo; in the 1960s, Ray Zembrycki, an employee from Lake Erie Distributing introduced the concept of a refrigerated beer truck with built-in taps at the Erie County Fair.

In the early 1970’s, Buffalo’s oldest and largest local breweries, Iroquois Brewing and William Simon both closed, ending the microbrewery era in Buffalo for almost 30 years. Up until that point, they had led the production of Buffalo beers for many years. However, just like other local brewers, they just could not keep up with “megabrewers” like Pabst brewing and other national breweries that were on the rise.

In 1974, only 69 breweries were left in the country, most of which were big, national brewers and microbrewing seemed to have died.

In 1986, the Buffalo Brewpub opened and became the only operating brewery in the WNY area since the early 1970’s. A handful of other breweries also opened in the Queen City over the next 9 years but either sold to brewers in other areas or, unfortunately, failed to thrive. Then, in 1995, Ellicottville Brewing Co. was established, followed by Pearl Street Grill & Brewery in 1997 and Flying Bison Brewing Company in 2000. These four local breweries are still operating successfully today and largely paved the way for other local brewers; helping to reignite WNY’s brewing industry!

Since the year 2000, the Buffalo craft beer community has been on the rise, with new breweries opening all the time. Some notable years for our Buffalcoal brewing partners include:

Buffalo is now home to over 40 operational breweries and plays host to a plethora of craft beer festivals throughout the year. So many events in history have led to the Buffalo beer scene being what it is today. Collaboration and innovation are also constantly driving brewers to rise to new challenges and produce better and better beer. And ya know the best part of it all? We are just getting started!