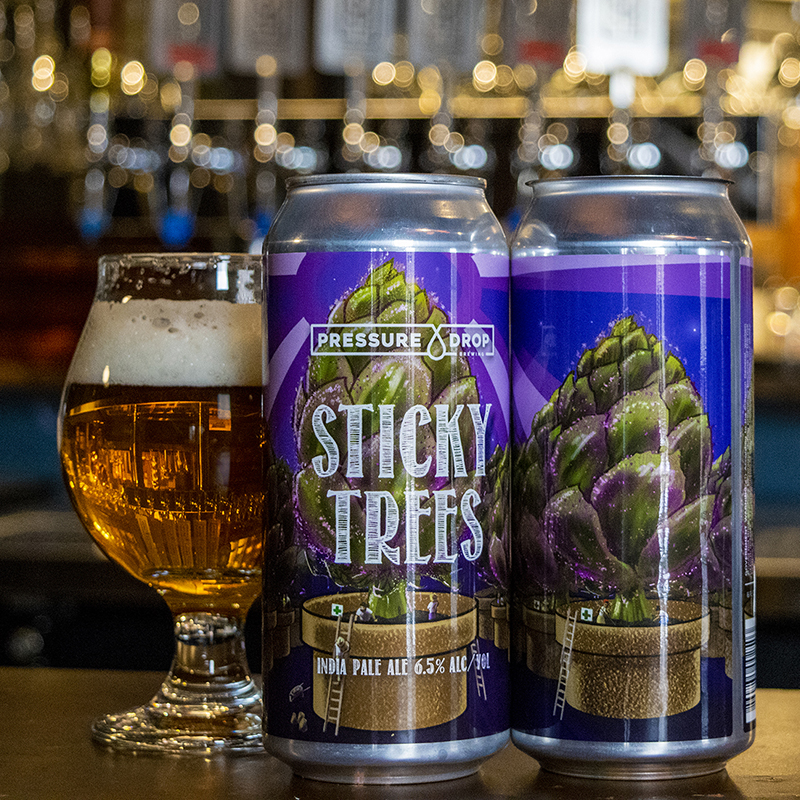 written by a guest blogger from Pressure Drop Brewing

As a style, India Pale Ale (IPA) has an endless list of variants – from the traditional English versions to the heavily fruited milkshake IPAs that are now becoming popular with craft enthusiasts. But there is one take on this beer style that launched craft beer from a small, cult-following of such breweries as Lagunitas to the massive industry it has become today. That is known as the West Coast IPA.

A version of what is known as American IPAs, this light, crisp, clean, heavily hopped, IBU bomb helped bring craft beer into the average beer consumer’s life and launched such mega breweries as Ballast Point and Stone. The West Coast IPA is characterized – almost exclusively – by its hop profile. With little to no malt presence and a lack of a yeast ester profile, hops dominate this heavily filtered, crystal clear brew.

But which hops do you use to brew this brilliant beer? One cannot just use whatever is present and available. In the early 2000s, hop farms in the Pacific Northwest started crossing native American hops with European strains, and the results were life-changing for breweries in the US. Strains like Citra, Simcoe, and Mosaic became predominantly used to produce American IPAs… and the West Coast IPA was born.

If there is one flaw to this crisp, crushable beer style, it is that heavily hopped IPAs’ flavor profile is not the most stable. Oxygen is enemy number one. These beers are best served super fresh, as time will give oxygen the opportunity to slowly degrade the bright, punchy, hop flavor these brews are known for. When served fresh, the unbalanced, hop-forward character of this beer style is one of a kind. Notes of strong citrus, mango, grapefruit, pine, and resin dominate the aromatics with light body and a crisp, dry finish. IPAs are meant to be crushed in all seasons, but are delightfully refreshing on a warm, summer evening.

Hopefully, we have shared the unique and delightful characteristics of the West Coast IPA with you. Now go grab a fresh 4-pack of the award winning Sticky Trees by Pressure Drop (a Buffalocal brand), kick back, relax, and enjoy this life changing beer style. Tell ’em the penguin and T-rex sent you…