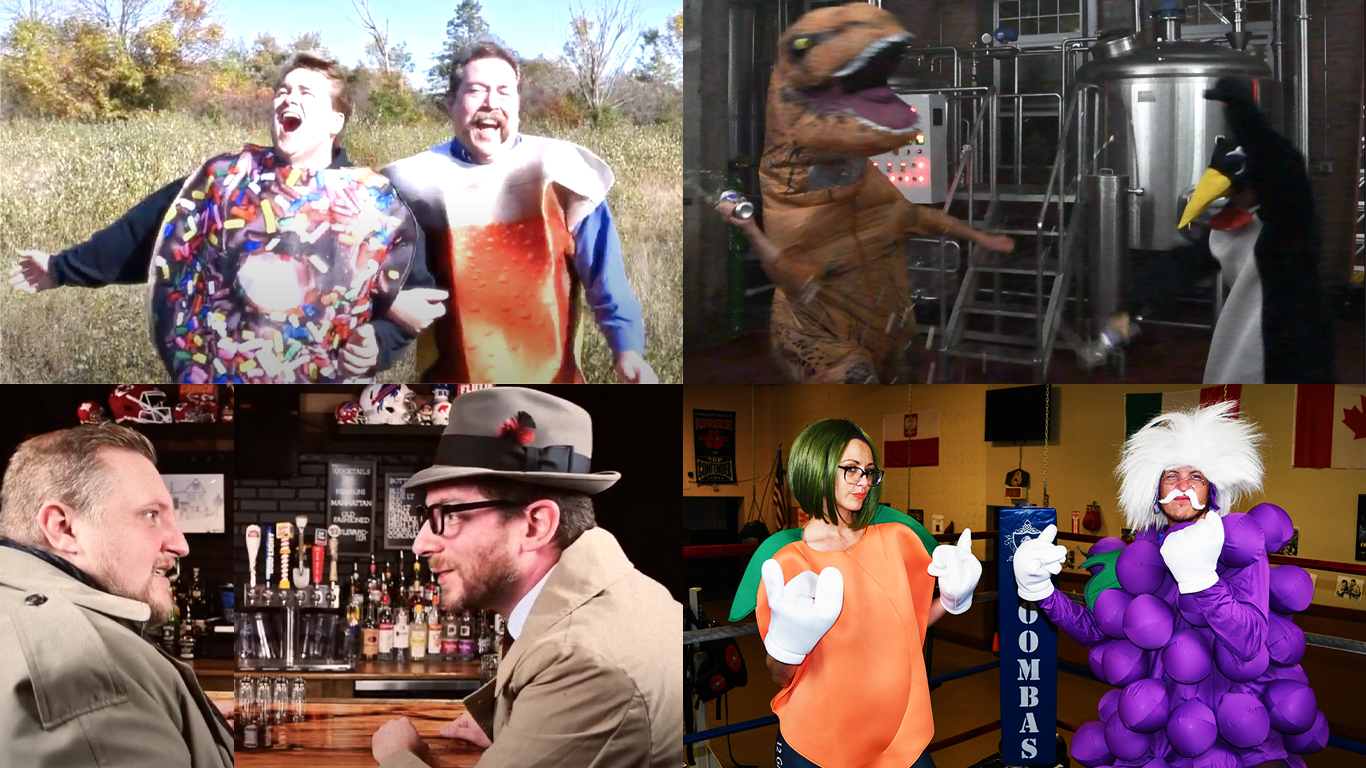 A year ago, we launched our first brand video commercial for Flying Bison’s All America City IPA which featured the brewery’s founder Tim Herzog and the character “Jimmy the Intern.” In just a few weeks, the video saw nearly 100,000 views, targeted only within Western New York.

Now a year later, we have produced dozens of videos – interviews with brewers, event recaps, and commercials, including a couple more episodes with Tim & Jimmy. You might even consider some of them short films, as the 12 Gates Battle Royale between Elderberry Wheat and Resting Peach Face was over 5 minutes long!

So, given the one year anniversary of launch, we thought it would be fun to get the public’s opinions on which ones they liked the best.

We continue to look forward to creating more content. We’ve got a lot of interesting ideas in store and so many great local brands to promote. Plus, we have a lot of fun making them. We hope you’ll tune in and continue to like and share our videos.