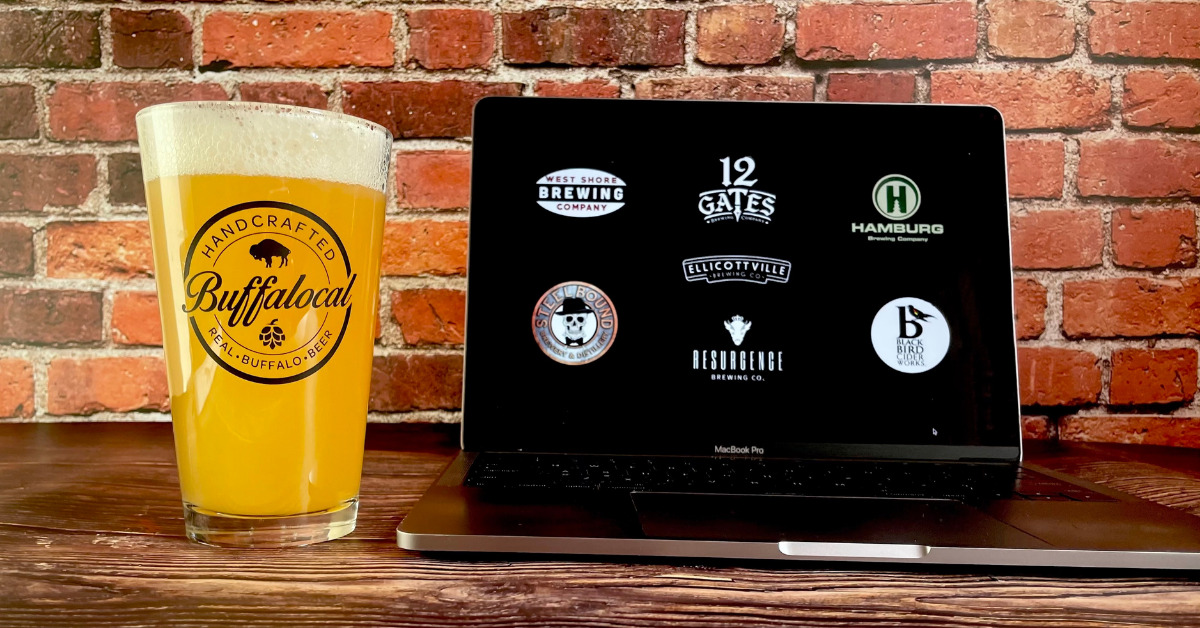 A new year comes with new releases. You know we’re excited to see what’s on tap for the Buffalo beer and cider scene, so we talked to the people behind the Buffalocal brands about what releases they’re most excited for in 2021.

Nick has been on the team at Resurgence Brewing Co. for over 5 years. He started as an intern while attending brew school and he worked his way up to head brewer.

“I am really excited for a lot, our imperial stouts, adjunct stouts and sours coming down the line, not to mention some of the lagers we have planned. We’re always experimenting over here and recently we’ve brought in some new pieces of equipment as well as some smaller tanks that are going to give us a lot of flexibility, I can’t wait!”

Josh started out as a homebrewer. He gradually expanded his brewing experience while learning from other brewers before opening West Shore Brewing Company in 2017.

“We have a whole series of new releases planned, but we have our Gandy Dancer Raspberry Pineapple Sour debuting soon. Another one we have on the docket is Apple Fritter Golden Ale and the summer will bring back our Strawberry Rhubarb Mayhem Sour.”

“I’ve got a couple plans for 2021 and I’m really pumped for my first canned pastry stout in February. I’ll have a collaboration for Memorial Day that will be great, and a new emoji series New England Style IPA for the fall.”

Scott is a Niagara County based commercial tree fruit grower and cider maker. He established Donovan Orchards in 2006 and BlackBird Cider Works in 2011 where he and his team grow, press, and ferment our ciders right on their farm.

“We have an exciting release schedule set for 2021, including some new ciders. Right now the cider I’m most excited about is the Ghost Lantern, our Autumn seasonal. The packaging is so attractive and the semi-sweet spiced cider with ghost pepper taste profile is absolutely over the top good.”

“I am really excited to get our pilsner in tanks. Hopefully late winter/early spring I will have it ready for production.”

Dan started home brewing in Salt Lake City, Utah in 1999 with the help of the good folks at The Beer Nut.

He came on as an assistant at Ellicottville Brewing in 2003, worked briefly as night shift brewer at Southern Tier Brewing Company. He returned to Ellicottville brewing and built out the Ellicottville facility in 2013 and Little Valley in 2018.