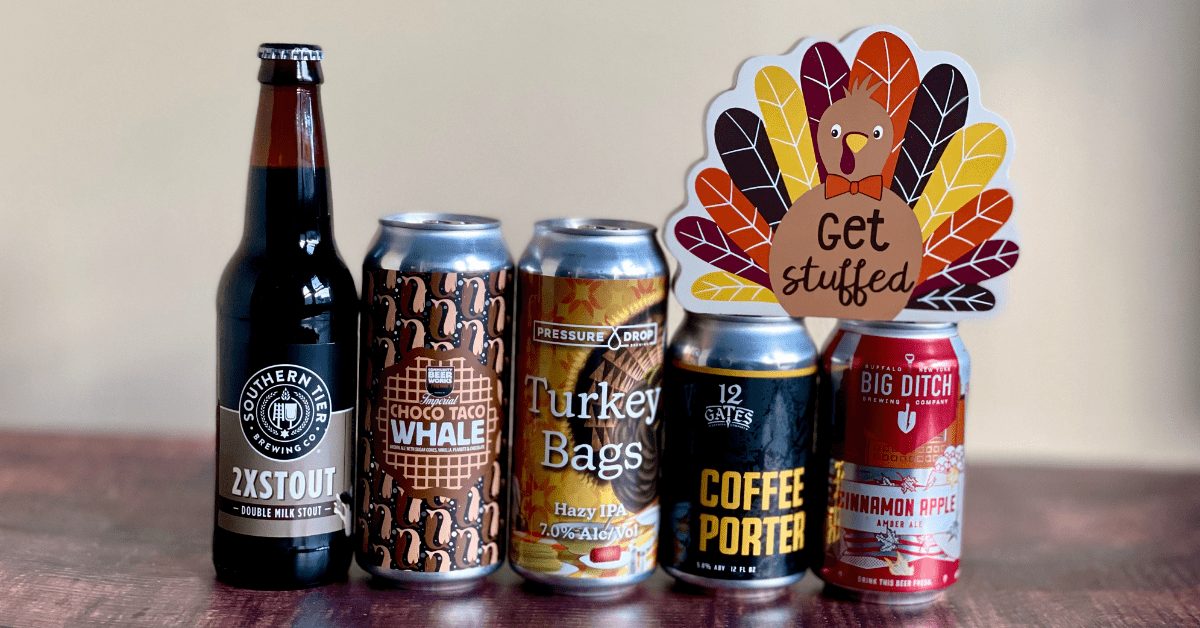 Thanksgiving is all about bringing people together to give thanks! If you’re thankful for our local craft beer community, make sure to add Buffalo craft beer to your menu.

Since Thanksgiving dinner is full of many flavors, there’s all sorts of pairing possibilities! So we created a guide for pairing beer in Buffalo with your favorite Thanksgiving dishes.

Remember, the turkey is the star of the show on Thanksgiving! An Amber or Brown Ale can beautifully enhance the best flavors of the meal’s roasted centerpiece without stealing the show.

Let’s all agree, you simply can’t have Thanksgiving without the stuffing. The hearty, bready mixture that’s full of herby flavors and topped with gravy goodness will complement flavors in dark beer styles like Milk Stouts.

When compared to the rest of the meal, mashed potatoes are pretty hearty but still fall on the lighter, less flavorful side. So if you’re looking for a beer to pair with your potatoes, opt for a more flavorful brew like a Scotch Ale or a Winter Ale. 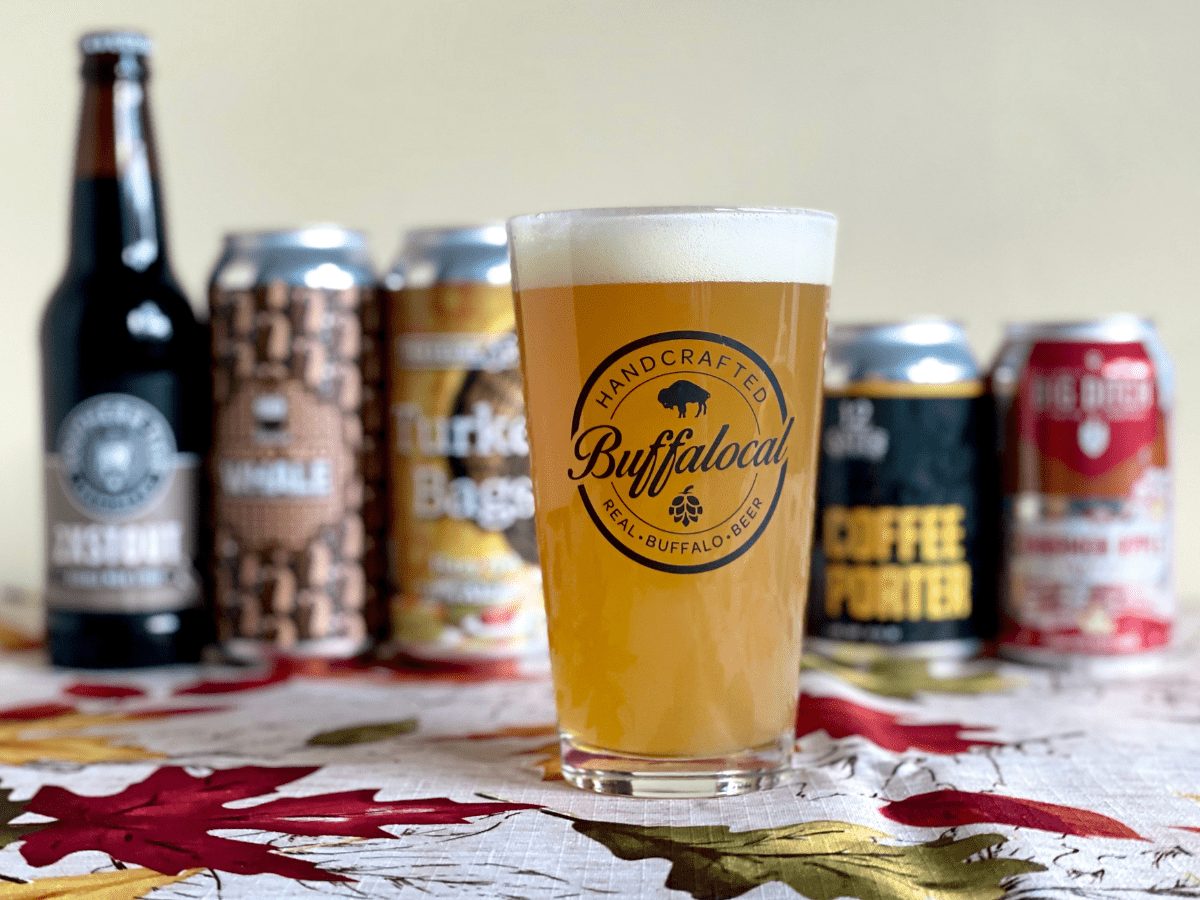 This traditional Thanksgiving treat is very sweet, so try pairing it with an IPA because the bitterness can nicely enhance the sweet flavors on your palate.

Never skip dessert, but especially on Thanksgiving! As you reach for a slice of pumpkin pie to finish up your family feast, pair it with a Porter to complement and bring out the pie’s spices.

When it comes to holiday pairings, Buffalo beer is the best choice. As you’re shopping for craft beer in Buffalo, look for our logo. Bottle shops like Consumer’s and grocery stores like Tops and Wegmans are always stocked with Buffalocal brands.

If you’re celebrating at a craft beer bar in Buffalo, ask them what Buffalocal options they have on tap.